for motivated professionals and committed leaders

why we do it

Boost it up! is a powerful & dynamic program that will help you Make a Difference &

Perhaps you have been working for a while and are beginning to feel busy and stuck and overwhelmed.

Or maybe, you are just tired of being passed over for promotions and opportunities just because you have not been noticed by your boss and your peers.

Or perhaps you have simply lost the joy of making a difference and living your life with purpose.

Who you are matters and what you do matters. But unless you are able to get your shit together, find a purpose, bring people together & lead initiatives that make a difference -
i t  d o e s  n o t  m a t t e r. You will not be noticed, you will continue to be passed for promotion and you will continue to feel stuck.

But there is a way. You can make a difference. You can boost your life and you can live a life with purpose while keeping control of your time and freedom. We can help you.

Let us help you reclaim control of your life, create value, bring people together, and launch high impact initiatives in your work place and in your community.

why we do it

What would you do if you knew that you could not fail?

In 1992, Dr. Red Whittaker from Carnegie Mellon University stood up and declared to a group of about 100 people the possibility that within one year we would develop the first robot in history to enter a live volcano in the South Pole. With all odds against them, a very small group of students and staff set out to raise over 2 million dollars, develop technologies that did not exist at the time, and bring together people from different universities and world organizations.

I was part of this team.

Within a year, using technology of the 90´s we were able to develop DANTE, the first robot in history to enter into a live volcano in the south pole.

The feat itself was amazing. But what was really amazing and has inspired me all of my life was the Power of Intentional Possibility. When Red stood up and declared the possibility that within a year we would build the first robot in history to enter a live volcano in the South Pole, he created something more than a vision. Something more than a project. He created a new reality which we all were excited to jump into. More than that, he created a possibility that walking and moving robots leave the labs at universities and research centers and enter the real world. This possibility and his life purpose has moved the minds and the hearts of thousands of people around the globe and has resulted in new technology in automotive, medicine, agriculture, space exploration, health and wellness... you name it.

You too have the power to intentionally create possibility. And with it you can make a difference, be noticed, bring people together and create new growth opportunities so that you too can feel valued, live with purpose, prosper and enjoy living a life that you love.

Every single person that taken this road and has chosen to intentionally create possibility has made a difference, has been noticed, and has attracted new relationships and growth opportunities for themselves and others.

Today, I am inviting you to embark in this journey with me. 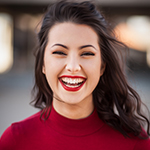 These 2 testimonials are just after you’ve introduced your business, so they should focus on how great the products are and why they are worth trusting.

These 2 testimonials are just after you’ve introduced your business, so they should focus on how great the products are and why they are worth trusting.

Get Your Shit Together

Find your purpose and live your life with purpose and meaning, Let go of what is holding you back, Create Great Value, Get the Right Things Done, and Take Massive Action.

Get Your Shit Together
​Claim and Empower Your Life

Boost Your Life
​​Make a Difference and
Grow

Everything in the BASIC
program PLUS+

Go faster and further.
Let us accompany you along the way.

Everything in the COMPLETE program PLUS+

find out if you qualify >>

Sergio Sedas is the Amazon Best Selling Author of Intentional Possibility and architect behind The Intentional Possibility Challenge. With funding from NASA, US Airforce, National Science Foundation and CONACYT he obtained a Phd in Robotics and Computational Design from Carnegie Mellon University.  He founded multiple high tech companies that developed hi-tech robotic solutions for Fortune 500 and Fortune 100 automotive companies.

People and Leadership are the key. Over the last 30 years he has helped thousands of people and multiple companies and organizations around the world use the Power of Intentional Possibility to start companies, launch new initiatives, uplift their culture, bring people together, make more money, and collectively improve their communities.